measureQuick® not running smoothly? It might be time for a new phone or tablet.

If you’re seeing measureQuick 2.0 acting up, like white screens, time out errors, or in some cases just shutting down, it’s likely time for a new phone or tablet.

With the upgrade to Version 2.0, we are seeing users with older phones like a Pixel 1,  iPhone 6 or 8 or older Galaxy models dealing with intermittent app bugs. To figure out why, we have brought in a handful of older devices to test mQ to see how the app performs and what we might optimize. We learned that the white screens, time out errors, general app lagging, or in some cases shutting down all together is not an app issue – it’s simply that the older devices are at the end of their useful life. That is why we see these issues for a few customers and not across the platform.

At measureQuick we program and test on devices that are 3 years old or newer. We use newer devices not only for the performance, but also an old device will have security vulnerabilities as the Android or iOS no longer receives security patches or software updates. If you are running programs that handle PII (Personally Identifiable Information) data or that may have access to secure accounts, you may want to make newer phones a requirement.

In general, life expectancy of a smartphone/tablet for business is 2 years for Android, and about 3 years for iOS devices. Some may last a bit longer, but it depends on how many applications and photos you have on the device. It also depends on the original device processor and memory. In general, the better devices (iPad Pro vs iPad mini) will last the longest simply due to better processors.

Android typically stops supporting OS updates after year 2. Apple provides updates up to 5 years, but there is a catch. Apple has recently had several updates. While this is great for security, as Apple updates its iOS, they are also slowing down the phones (underclocking the CPU) to “preserve battery” and in turn, this is making applications that are heavy processors of data like measureQuick and Microsoft apps. no longer compatible with the older phones, especially if they are using multiple apps simultaneously and/or  loaded up with photos. This is typical for either type of device, or as phones age. Check out this article that can tell you more.

As customers want the apps to do more, they also must expect the need to upgrade their devices regularly for the application to perform correctly. The phone is as much of a tool as an electrical meter, screwdriver, or vacuum gauge. The issue is they simply do not last as long.

We are doing a lot with measureQuick that is processor heavy. A typical application that a technician might use would be a temperature pressure chart, and you wonder why your old phone can do that. Simple, it is not a complex application, measureQuick is.

As things get older they can’t keep up with current demands. A comparison is with computers and even your vehicles, each of these has a specific life span and value to your company. Your accountant will remind you that your business phone/tablet tax deduction is typically one – two years.

We ask that you dispose of the old device with caution to your personal data and the environment. There are multiple groups that will repurpose your old devices to a person in need like cell phones for soldiers.

If upgrading your device is not an option, here are some tips to help app functionality.

Previous PostFilter Face Velocity and Why it really Matters 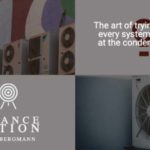 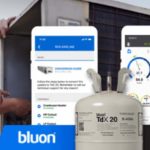 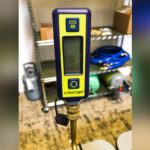